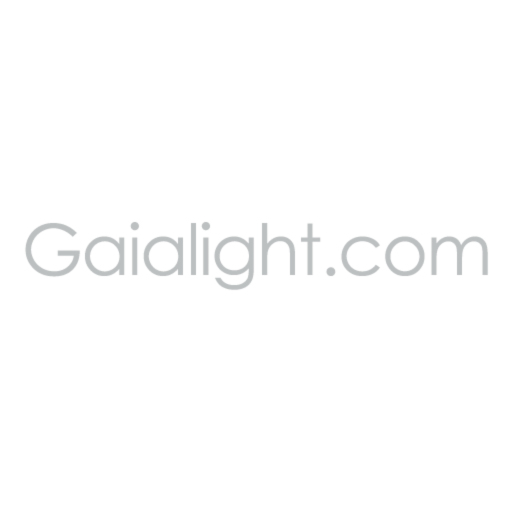 gaialight One of her works on the cover of  IO donna  aroused  immense curiosity about her. So, after a flood of e-mails, we’re introducing her to you.  Artist by chance, she claims, but not to be taken lightly.

Three weeks ago we dedicated a cover to her.  And rarely have we received as many positive  letters and comments as those triggered by her work during the days following the publication of our magazine.  Who isGaialight? Many asked the same question after having seen The Wall . The issue was dedicated to young people and their icons;  she, with icons, plays;  she pastes them on cans, cigarette lighters, and transmits–customs and momentary  fashions aside– the essence of the eternal youthful spirit:   lightness, in a pop interpretation.  But she is not one to be taken  lightly.  Because she is able to create a short circuit around herself without doing anything, or better, by producing art, period.

Giving it away, losing it and even having it  stolen. She never knocked on the door of a gallery or  that of a newspaper;  she never decided to become an artist.  And yet her 99 cent tin cans can be sold for $5,000. And with her can dedicated to Obama, in her own way, she contributed to the electoral campaign of the first black president of the United States of America.  It is the way that others respond to what she has always done that has brought her to where she is today.  And brought us to her, in her apartment in New York.

She was born and raised in Rome, is 35 years old, and lives in Bushwick, a concentration of New Yorkers of Puerto Rican origin, a neighborhood in Brooklyn where, up until ten years ago, one couldn’t set foot. As you approach the street where she lives  you try to imagine what she’s like.  You’d expect anything but to find a blonde girl with a pony tail, a nice sweater and a delicate choker of  small black pearls with matching earrings. But they shot at the window she looks out of every day  with camera in hand  and before she had time to be afraid, she took a picture of the broken window:  no problem living in  Bushwick.  When she studied law at Sapienza University in Rome, she used to cut out faces from magazines, create collages and stick them onto cigarette lighters and cans and then leave them everywhere.  It was her instinctive way of reacting  to the facts of the world, to the pictures, the icons, manipulating them, discovering that which later became her creed:  “Art is the only possible form of political resistance.”   She pasted the photograph of a man falling  fromthe Twin Towers on one of her lighters.  She added the words “Rush Hour”.  While you look at the little pop star decals surrounding  the man’s picture,    your blood turns cold.  It was others who saw the artist in her, the people who stole her lighters, those she gave them to,  who “encouraged me to photograph them;  they asked me to exhibit them.”    She doesn’t name the friends  who helped her transform her compulsive hobby into a career.   Those who permitted her to pay homage at the Tribeca Film Festival without ever having been represented by a gallery.  To the contrary, she had a gallery at the beginning, but now it’s closed.  She doesn’t give names. And she even wants to keep her last name secret.  (“I treat delicate subjects and  wouldn’t want my family to suffer the consequences.”)  Why so much mystery Gaialight?  That which is certain is that if she has the right acquaintances, she deserves them all.  With the same determination with which she speaks of herdegree in law, which cost her many sleepless nights and endless years, of her passion for criminology, of her rage over unfair sentences and her idealism, she says, ” “Last year I came to New York.  Idecided  to take art seriously.”   Then she adds, ” I don’t do art, I am an artist!” and pounds her fist on the table with the satisfaction of she who has  made a recent discovery and still has to convince herself that it’s true. She has already declared her vision of crutches for the disabled at the Design Biennial  in Rome.  Now she has passed on to coffins on which  she celebrates the pop funeral of fanaticism,  totalitarianism,  female pain, aesthetic slavery.  Because Gaia is light but  also the  opposite of light,   typical of an icon. It is not by chance that she chose Scarlet O’Hara for her self-portrait, a cardboard cut out found on the Internet which she is photographing everywhere, from Wall Street to garbage containers. Because “she is the best of America:  a hard worker and  generous.  But also unbearable”.

The girl in the picture above
is Gaialight, 35 years old,
Roman, with Scarlett O’Hara,
her most recent icon.  Underneath
the picture, the cover of Io donna.

“I won’t reveal my last name
because I deal with difficult
subjects. And I wouldn’t want
my family to pay the consequences.”

The can depicted above was created
by Gaialight for the  Barack Obama
electoral campaign. Today, one of the
Italo-American artist’s cans can be
worth five thousand dollars.