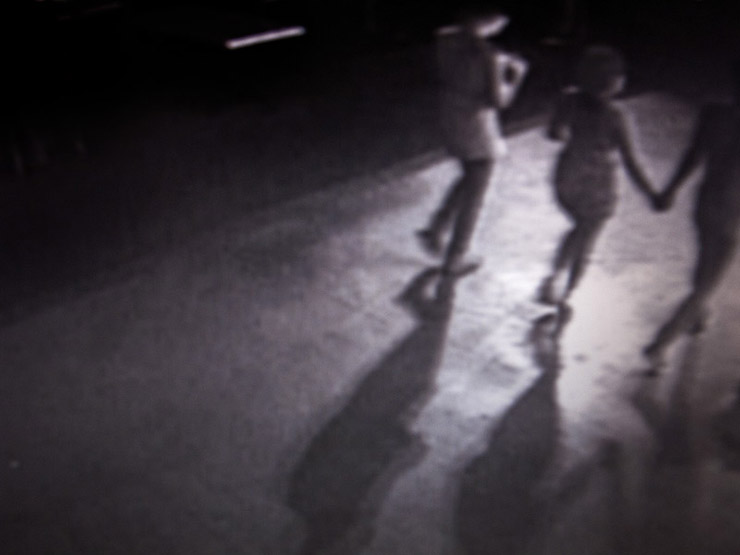 “A network of thousands of live, always on, public webcams in public places are easily accessible via the Internet. They are typically placed in commons and always have local champions maintaining them. Because the webcam hardware is cheap and the protocol is ubiquitous, thousands of additional webcams are accessible of private places as well.”

The Mass Surveillance series is the result of a photographic survey of the thousands of publicly accessible webcams caught live streaming around the world and a reflection on how our daily lives, in general, are constantly monitored and controlled. In documenting this phenomenon, the first impression is that the apparatus of the surveillance camera carries an inescapable and uncanny quality that connotes in a precise pictorial manner the so-called “state of exception”, a condition within law when all rules and all laws are actually suspended. It is the state of exception that underwrites the State of Emergency. The first casualty in all such situations is individual rights.

While the security camera is intended to protect and police, and the public webcam is in some ways a form of entertainment media, the wider socio-cultural phenomenon in itself is another matter altogether, as it is increasingly utilized today to underwrite regimes of power, where normal rights of privacy are permanently suspended. Mass Surveillance collects images of this worldwide State of Exception from kindergartens in Japan to the streets of London. Insofar as these images were collected from the Internet, Mass Surveillance presents the apparatus of the traditional surveillance camera in combination with its contemporary iteration as webcam, the somewhat expected distortions of the device further distorted by digitalization, pixellation, and the very process of being photographed. These distortions nonetheless are only further amplifications of the sinister apparatus of the surveillance camera proper, and the ubiquity today of such cameras, plus their presence on the Internet, suggests the State of Exception is no longer an exception.