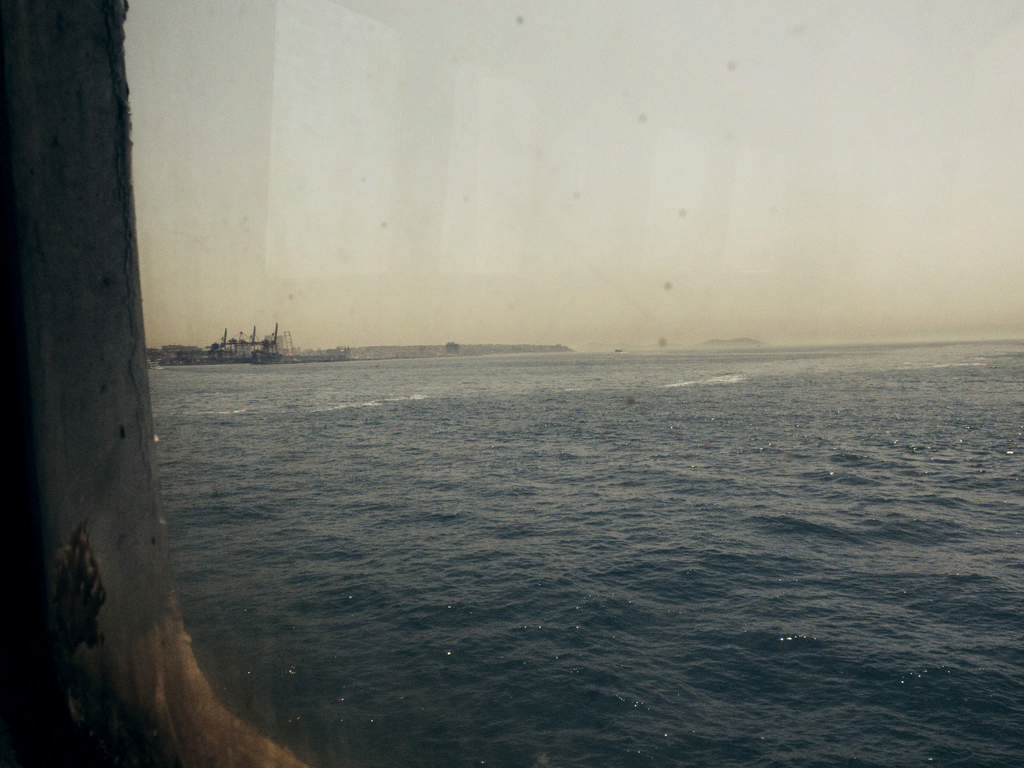 Istanbul Buzz is the sixth instalment in The Buzz Project’s ongoing photo-documentary series.

It was shot in Istanbul, Turkey, in 2016 from the windows of public buses.

Few other cities in the world retain the near-mythical aura of Istanbul. Both majestic and mystical, a capital of bygone empires, a beacon and bastion of religions, a crossroad of cultures, a nexus of merchant routes and a magnet of conflicting geopolitical interests over the centuries, Istanbul is presently living its fourth urban incarnation and claiming a global prominence once again.

Straddled across two continents and two seas, the once imperial Constantinople seemed designated by fate to be the capital of the world to many a foreign visitor. Today Istanbul is the most populous city in Europe and the 7th largest city proper in the world. Despite losing its administrative relevance to Ankara, it has finally reclaimed its economical, financial and cultural supremacy, reasserting itself at the heart of the country and as a pivotal point in the whole region.

However, the exponential growth experienced over the last two decades hasn’t been achieved without consequences. The aggressive neoliberal urban planning policies imposed on the city and its inhabitants by the ruling class, have caused major disruption, radically altering the social and physical fabric of the city. As an impressive array of vertiginous skyscrapers projects Turkey’s towering ambitions onto Istanbul’s skyline, whole neighbourhoods of informal settlements on profitable central areas have been bulldozed to make space for gated communities. Vacant lots have been repurposed to host glittering shopping malls and the fragile ecosystem of the beautiful Bosporus coast has been ravaged to build new colossal infrastructures.

Yet, the hyper pace of Istanbul’s economic growth has recently been derailed by an unprecedented number of bloody terrorist attacks at the hands of extremist Islamite groups, which – coupled by a failed coup d’état – have cast the city, and the country, into a dire state. Now bridging a fragile Europe and a turbulent Middle East more than ever, Istanbul finds itself, once again, at the epicentre of world affairs and under an epochal strain.

Istanbul Buzz explores the megacity precisely at this time of extraordinary tension and transition. More than any other chapter in the series, Istanbul Buzz captures the specific quality of the current historical moment, sketching the elliptical portrait of a city in mourning, at a loss. The elation and cosmopolitan revelry of the past few years have disappeared from the once teeming streets of the flourishing metropolis and a sense of oppression now lingers on the face of its inhabitants. However the cold detachment of glass and steel skyscrapers seems unscathed by the muted buzz of the helpless city, caught between an unpredictable evil and an authoritarian drift.

Istanbul rises along the fault line where two continents clash. The major earthquake that is expected to happen in the near future may still be several years away, but the present clash of civilisations that is shaking the metropolis has already claimed the lives of many, and crushed the hopes of millions.