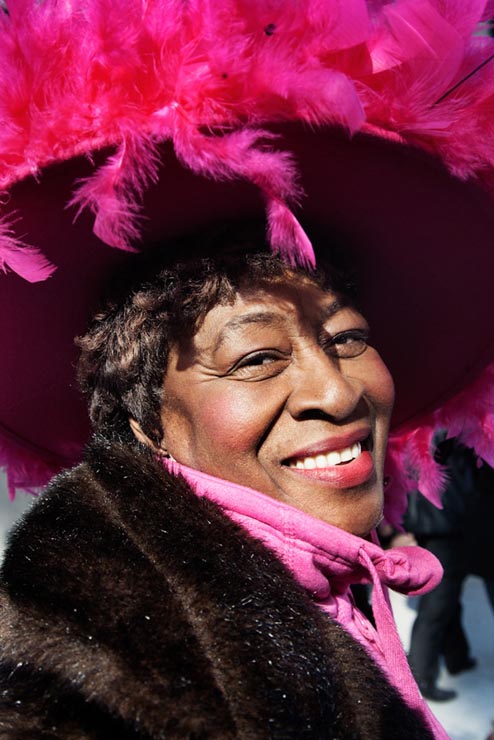 After taking the oath of office on Martin Luther King Day in the same humanity- packed National Mall where Dr. King delivered his “I Have A Dream” speech fifty years before, President Barack Obama began his second term by making a powerful and persuasive inaugural address appeal for American unity. Unity of spirit. Unity of purpose. Unity of action.

“…You and I, as citizens, have the obligation to shape the debates of our time – not only with the votes we cast, but with the voices we lift in defense of our most ancient values and enduring ideals…”. “…We, the people, still believe that every citizen deserves a basic measure of security and dignity…That is our generation’s task – to make these words, these rights, these values – of Life, and Liberty, and the Pursuit of Happiness – real for every American.“

The body of work presents a series of portraits of the people attending Obama’s Presidential Inauguration 2013, hitting Washington, D.C. from every corner of America. It represents a visual survey of the thousands of Americans celebrating a new term for The People’s President, still believing in a brighter future for their Nation.