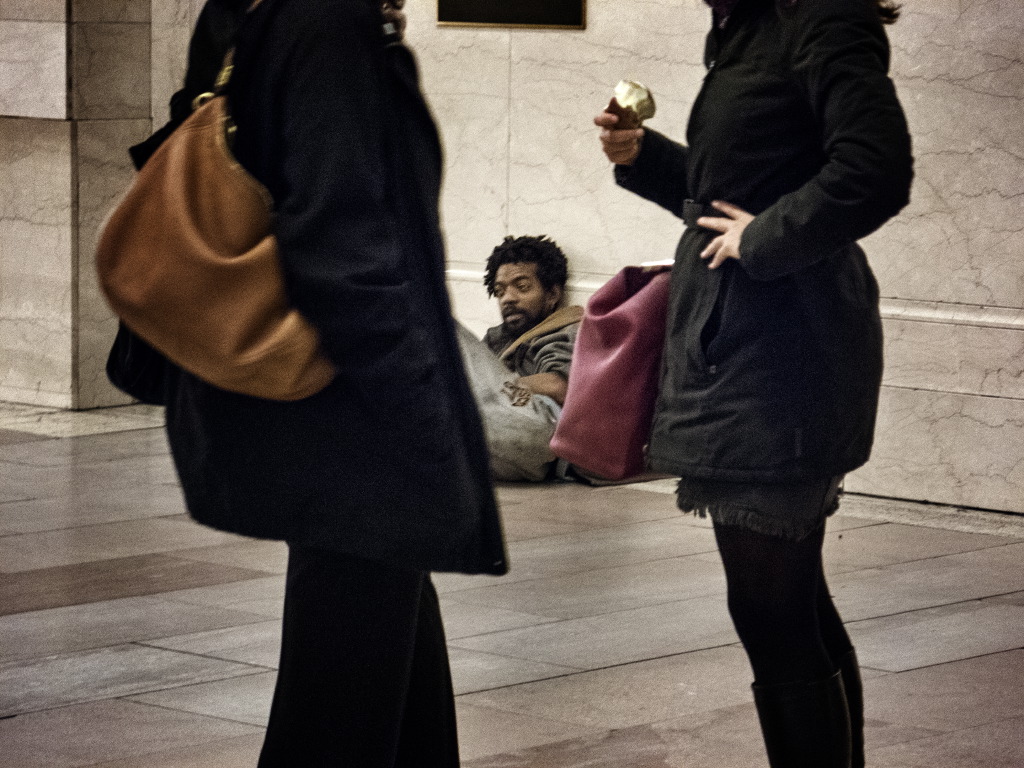 Grand Central Terminal is the iconic commuter and railroad terminal at 42nd Street and Park Avenue in Midtown Manhattan in New York City, United States. Nearly demolished during the decades of incessant urban renewal in the second half of the twentieth century, it survives amidst skyscrapers in all directions, including above. Manhattan proper is technically, and notably, the only borough in New York City entitled to call itself “New York, New York”. At the center of this world city, then, is another center.

The Main Concourse is both the center of Grand Central Terminal and the epicenter for the set of nearly infinite stories that constantly unfold in time, stories generated by the swirling crowds and the pulsing rhythms of one of the busiest commuter train stations in the world. Above it all the stars of the painted ceiling watch quietly.

The series documents two months of the centennial anniversary year, portraying the amazing humanity that, on a daily basis, courses through the main arteries of this quintessential urban hub, aiming to capture the intensity of the proverbial “other”, the complexity of present-day quotidian experience, I and not-I, I and Thou – or, human subjects dancing with and within an often-macabre, inhumane, and machinic metropolis.