Home » photography » SAVE THE CHIMPS 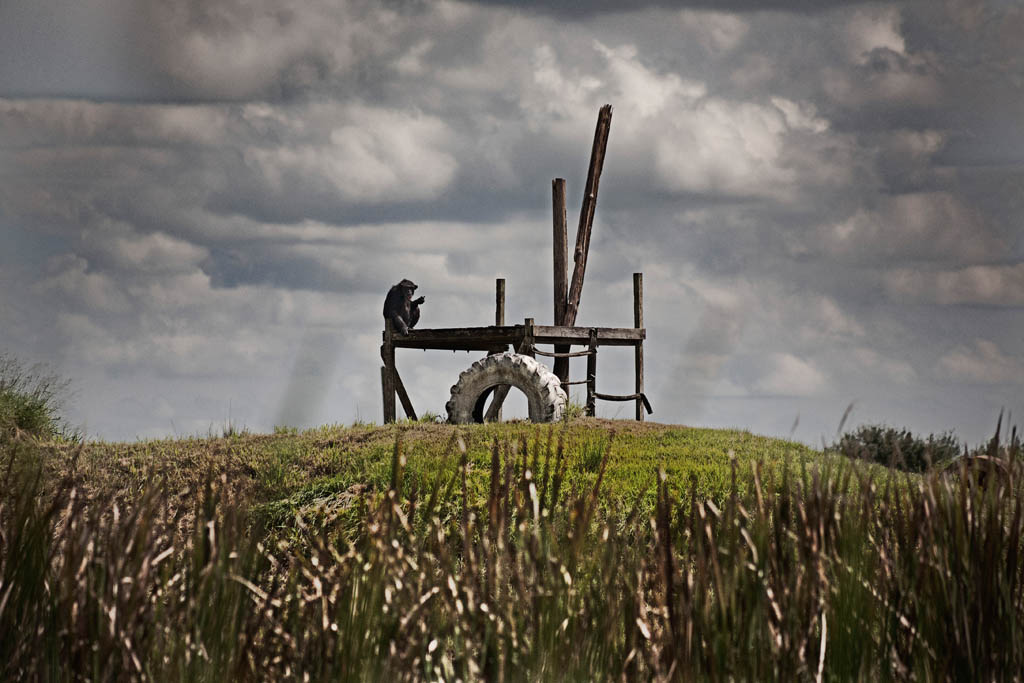 Maintaining the world’s largest sanctuary for captive chimpanzees in Fort Pierce, Florida, USA, Save the Chimps (STC) is a non-profit organization dedicated to providing permanent sanctuary for the lifelong care of chimpanzees rescued from research laboratories, the entertainment industry, and the pet trade.

STC was founded by a primatologist of extraordinary compassion and determination, the late Dr. Carole Noon, whose wish to provide a sanctuary for retired US Air Force chimps used in the space program marked the beginning of STC in 1997.

In 1997, the US Air Force announced it was leaving the chimpanzees research business: the US government sent most of the chimpanzees – then considered “surplus equipment” – to the Coulston Foundation, a New Mexico lab with the worst record of any primate lab in the annals of the Animal Welfare Act (1966), groundbreaking legislation subsequently monitored by the USDA’s Animal and Plant Health Inspection Service.

With the encouragement of Dr. Jane Goodall, Dr. Noon and STC sued the Air Force on behalf of the chimpanzees. The Air Force initially rejected STC’s bid to retire the chimps, but after a lawsuit, awarded permanent custody of 21 chimps to STC. They were then brought to South Florida, where a three-acre island connected to a custom-built chimpanzees’ building and house awaited them – part of an enormous construction project to transform 150 acres of old orange groves into 12 islands with 12 interconnecting houses. This would eventually become a city for 300 chimpanzees.

Following the law suit, the first chimp residents arrived in 2001. Then, in 2002, STC acquired an additional 266 chimpanzees, many living alone in concrete cells at the Coulston Foundation’s lab in Alamogordo, New Mexico. STC purchased the infamous facility, renovated it, and began the long and complex process of creating compatible social groups and transporting the chimpanzees to their new home in Florida through the “Great Chimpanzee Migration.” As of 2014, 255 retired chimpanzees live in large family groups on 12 separate, three-acre islands, receiving three fresh meals daily, first-rate medical care, and a variety of activities in an enriched environment.

As of 2014, and through the timely STC intervention (developed over almost 14 years), South Florida now hosts 255 chimpanzees in a kind of retirement home for primates rescued from biomedical research, the entertainment business, or individuals who once fancied them as agreeable domestic pets.