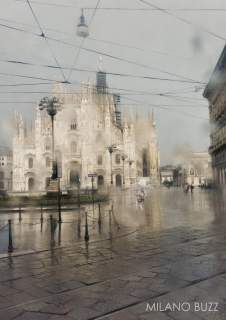 Milano Buzz is the second chapter of the ongoing series The Buzz Project.

Milan is Italy’s industrial and financial heartland. With over 3.2 million inhabitants, its metropolitan area is the most populous in Italy, ranking sixth amongst the largest urban areas in the European Union.

Home to Italy’s stock exchange and a powerful catalyst for business, art and culture, Milan is often considered the unofficial capital of Italy. Its strategic position and its fast paced economic development over the last few centuries have transformed the city into a vibrant cosmopolitan metropolis with a global stance, which has attracted hundreds of thousands of domestic and foreign migrants.

Milan has built its identity on the international success of its design and fashion houses, the industriousness of its people, the sophistication and style of its social elite. However the city is much more complex than its stereotypes and behind its glamorous veneer, Milan can reveal its hearty and robust character, as well as its contradictions.

Milano Buzz explores the metropolis beyond its clichés and past its myths. It shows a city steeped in history but not smothered by it. A financial capital with a modernist – rather than modern – urban scenery. A stylish global metropolis which has left behind its once rural suburbs, now crumbled and neglected.

At a time of much boasted expensive urban renewals and redevelopments in the wake of the 2015 Expo, Milano Buzz catches a glimpse of the B side of the preannounced grandeur, focusing on the everyday and the ever real.

The book Milano Buzz – released in Italy in December 2014 and projected to be released in USA and worldwide in March 2015 – is published by Damiani, co-funded by Fondazione Cariplo and AIM (Associazione Interessi Metropolitani), and empowered with texts by Goffredo Fofi, Marzio G. Mian, and Italo Rota, with an introduction by Giuliano Pisapia, the Mayor of Milan. 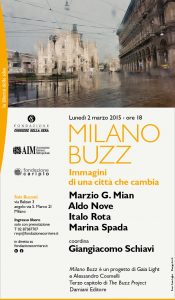