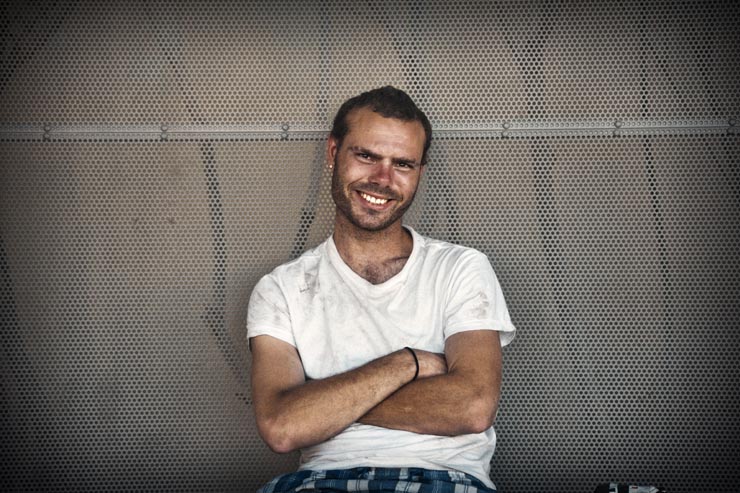 Las Vegas, the city which for years has been universally acclaimed the world capital of gambling and entertainment is experiencing one of the worst periods in its history. And while the rest of the United States is slowly recovering from the most devastating economic crisis since World War II Las Vegas s is still suffering. According to the Economist the economic foundations of the city have been irreversibly compromised. Nevada is the state with the highest percentage of foreclosures in America and Las Vegas is among the five cities that have been hardest hit by the mortgage crisis. In 2010 alone, one tenth of all homes were foreclosed, five times the national average. Many homeowners can’t keep up payments; they are forced to leave everything they have for a life of uncertainty, hoping that sooner or later someone will take notice of them. They live on the streets, in the many abandoned buildings or in the few available shelters, always crowded and very often, not safe. They’re everywhere and, to the disdain of the local administration, they’re very much present inthe most touristy and glitzy parts of the city. They ask for help despite the fact that they are often ignored by the fun-seeking tourists. They live day-to-day, hoping for a better future. There’s a Homeless Emergency in Las Vegas. This report is the result of a personal investigation conducted in Las Vegas in June – July 2012. It’s a denunciation of the grave state of abandon in which thousands of people find themselves – men, women, children, teenagers, the elderly, war veterans, the disabled and sick, human beings from all walks of life and places of origin – forced to live on the streets because of misfortune and hardship, ignored by most, and especially by the Institutions that are supposed to help them.