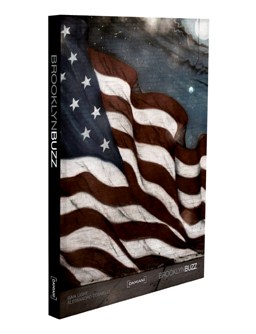 Brooklyn Buzz is the inaugural chapter of The Buzz Project.

New York is a city of records. The most populous and densely populated city in the United States is also the first megacity in human history. Today, its metropolitan area is home to an estimated 20 million residents and hosts the largest foreign-born population of any metropolitan region in the world.

Brooklyn is the most populous of the five boroughs which form New York City. Originally an independent municipality, it has maintained a proud and distinct culture, which is deeply rooted in the extraordinary ethnic diversity of both its past and present residents. Despite the relentless and ongoing gentrification that has started to reshape Brooklyn’s urban, social and ethnic features since the early 2000, Brooklyn is still representative of the legendary melting pot that forms the substance of America itself.

Brooklyn Buzz portrays life in Brooklyn at a time when its urban landscape and socio-ethnical composition have yet to be radically altered. Whether dignified or shabby, brazen or bashful, shifty or innocent, in this series, Brooklyn, caught unguarded, shows its many faces and, through them, its very essence.

Unpretentious, unsophisticated, of a coarse kind of beauty, Brooklyn’s character – its people, buildings, objects and even nature – seem to emanate a distinguished mixture of hope and despair, endurance and resistance, which has nurtured the efforts of hundreds of generations who have come to New York – from all over the world and through the centuries – in search of a better life. Whether they found it or not, their collective effort is what New York is today.